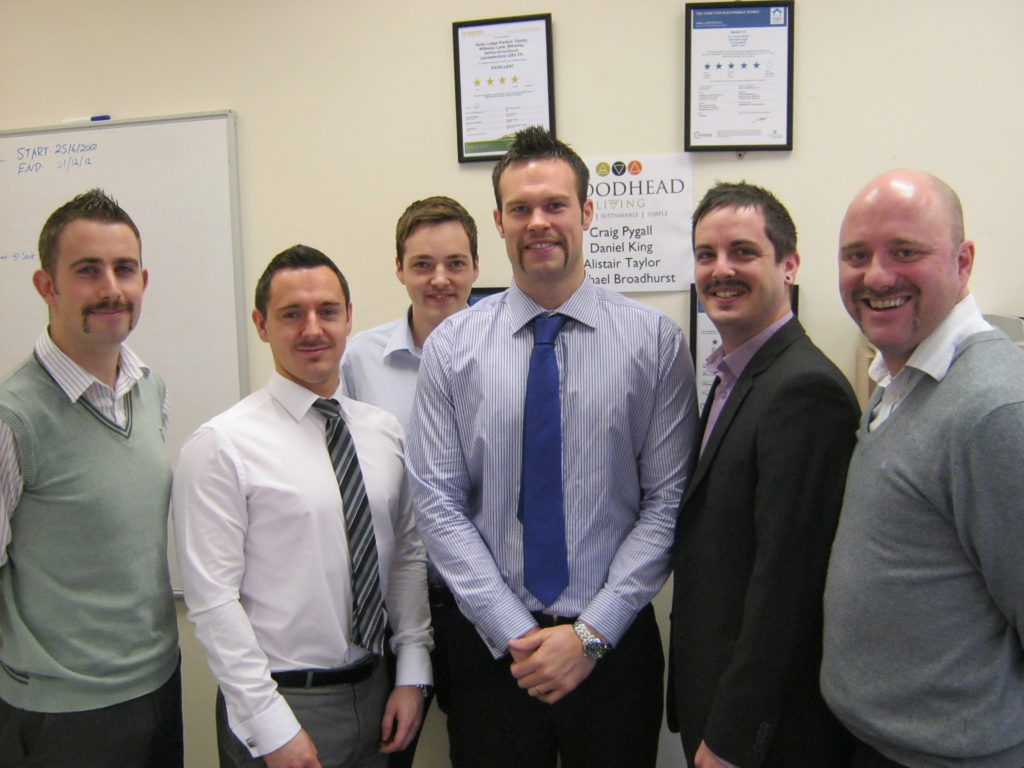 A team of six employees from Woodhead Living have participated in Movember 2012. The team, with help from friends colleagues and supply chain partners have raised £379. David Woodhead, Managing Director  pledged to double what they raised taking the grand total raised to over £750.

Movember 2012 UK has raised over £13.9 Million with over 350,000 people growing Mustaches. Movember Country Manager Sarah Coghlan says, “Support from communities across the United Kingdom has played an invaluable part in creating a movement for better men’s health across the country.  It makes a difference for Mo Bros to see other Mos and give them the nod of support.”

Research conducted by Movember highlighted that during the campaign:
91% of participants spent time thinking about improving their general health

71% of participants visited a doctor in the last 12 months

66% discussed men’s health with their family, friends or colleagues during Movember

On behalf of Woodhead living thank you to everyone who has supported us and Movember, we are looking forward to Movember 2013!