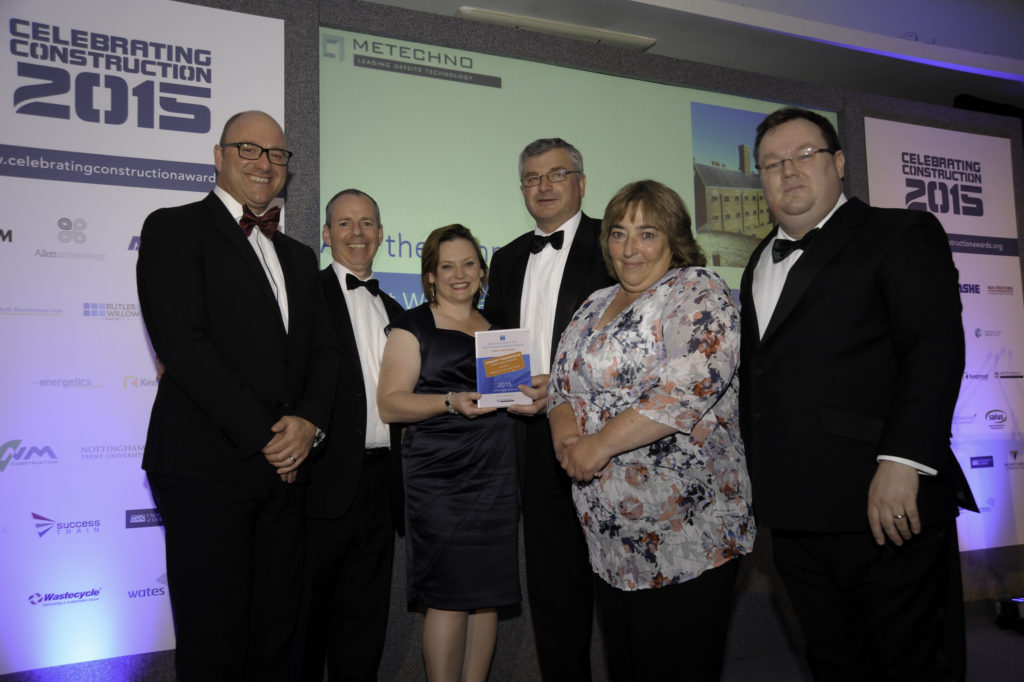 Heritage and conservation specialists, Woodhead Heritage is celebrating after scooping three top awards at this year’s Constructing Excellence Awards in the East Midlands.

The business was nominated for five awards at the ceremony held on Friday 19th June at the Nottingham Belfry. Beating off tough competition Woodhead walked away with three awards:

• Project of the Year – for Lincoln Castle Revealed

The Constructing Excellence Awards recognise the very best companies, collaborations and projects sharing best practice and inspiring others to adopt new and better ways of working, that deliver outstanding results. Over the past year the company has worked on a range of projects including the multi award-winning Heritage Lottery funded Lincoln Castle Revealed project, which saw Woodhead Heritage conserve the castle walls, restoring the prison and creating the David PJ Ross Magna Carta Vault as a new home for the iconic document in time for its 800th anniversary.

Woodhead Living, the company’s specialist sustainability team delivered the BREEAM very Good, grass roofed Heritage Skills Centre, the first new build within the castle grounds for over 100 years. Mary Powell, Lincolnshire County Council’s Tourism Development Manager, said: “Around 80,000 visitors have visited Lincoln Castle since its April relaunch and their responses have been universally positive. “Everyone has worked so hard on this project and the quality of the workmanship is extraordinary, so we can’t help but feel very proud over what has been achieved over the ten long years of this project.”

– nearly 97% of the Castle walls are still original.

Heritage and Conservation Manager at Woodhead Heritage, Simon Butler, said: “We’re delighted to have again been recognised for our work on the Lincoln Castle Revealed project. This has been a huge undertaking for our Heritage team, but a rewarding one. One of the greatest achievements within the project has been the relationship we have had with our client, Lincolnshire County Council, without which I don’t think the project would have been so much of a triumph.

The Awards also recognised Michael Broadhurst of Woodhead Living as the Young Achiever of the Year.