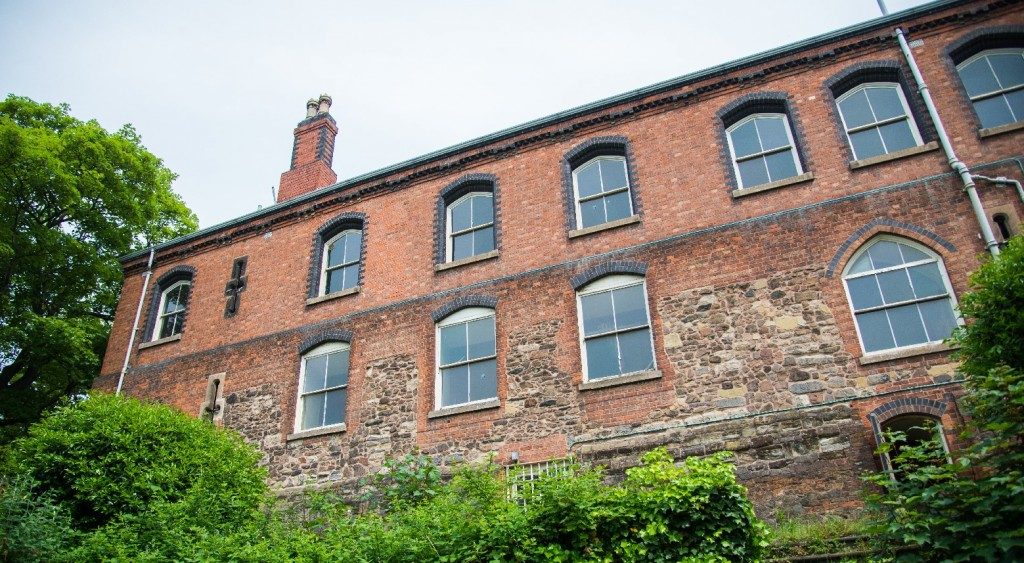 The team behind the transformation of Leicester Castle into a leading business school have described the challenge and excitement of bringing such a historic building back to life.De Montfort University Leicester (DMU) is opening the Leicester Castle Business School in the Grade 1 listed Great Hall of the 11th century building next to the church of St Mary de Castro.

And the company taking on the challenge of revitalising the building, creating the setting for a 21st century, sector leading business school, is Edwinstowe-based construction firm Robert Woodhead. Dan King, Team Leader at the firm, said the company – which has previously restored Oakham, Newark and Lincoln castles – was excited to have won the contract.

He said: “It’s a really interesting building which has a long history so to be able to bring it back into life as part of the Leicester community again is going to be special.”

Work is starting this month on the conversion and the first stage will be the arrival of a specialist team to remove any asbestos on site. After that, the team will move through the building, restoring, redecorating and landscaping, with the project expected to be completed by Christmas.

The castle was last used as a criminal and civil court, before closing in 1992. Standing in one of the building’s two high-ceilinged court rooms and gesturing at the beautiful exposed beams, Dan said the restoration would have unique challenges.

He said: “Walls need repairing and furniture will be restored. There are also windows to be refurbished and the real challenge is access.

“Not only are we limited in getting vehicles and equipment up to the castle through the two entrance routes, but also working with conservation officers to ensure the building work adheres to the preservation requirement in such a listed building.

“It’s a tricky but its satisfying challenge and one we have good amount of experience with.”