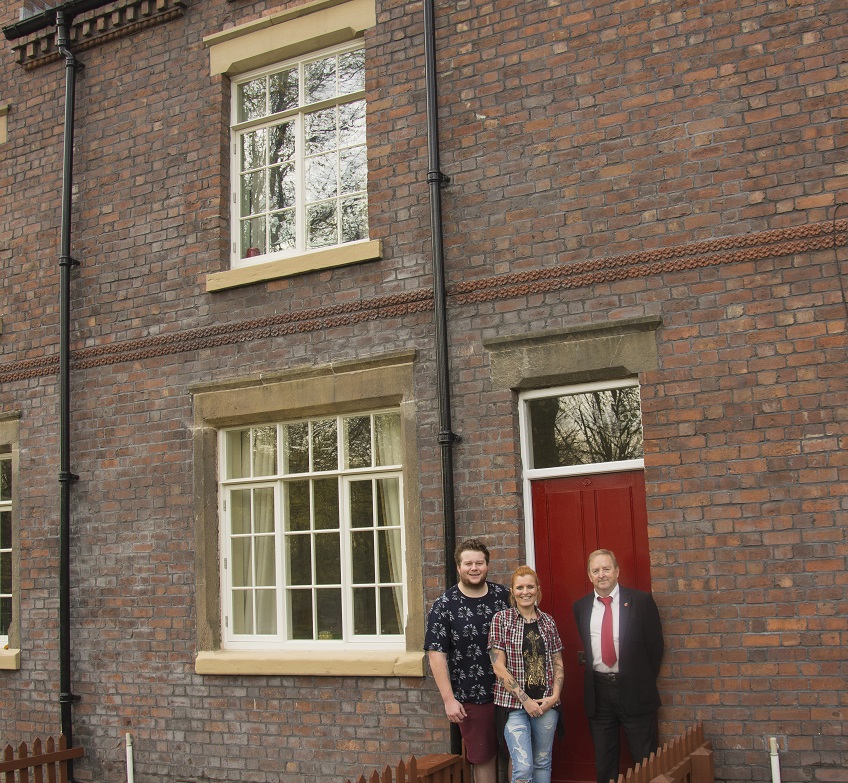 The £10million project being delivered by Woodhead Improve with support from their specialist heritage team Woodhead Heritage began last November. Woodhead Improve is carrying out essential repairs and restoring architectural features including windows and doors at the 194 Grade II listed properties.  The project, procured through EEM Ltd has been funded by approximately £8m from Bolsover District Council’s housing revenue account, £1.9m from the Heritage Lottery Fund and £40,000 from Derbyshire County Council.

The properties will also see their original features restored such as new cast iron rain water goods and re-pointing of brickwork and chimneys. In addition all 138 Council-owned properties will receive repairs to their roofs and internal thermal insulation.  As part of the scheme, training and work experience opportunities have been made available to local young people, with up to eight apprenticeships offered, 10 positions for local trades people, a Tenant Liaison Officer and Admin Officer.  Since work began in November 2016 the village has seen vast physical changes and residents have been part of many community involvement projects and activities.

New tenants, Miss Gemma Kennedy and Mr Sam Warwick moved from one property on the estate to another one completed in phase one at the end of October and are delighted with their new home. Miss Kennedy said, “I love the way the house still has its classic look outside but is total modern on the inside. It will be much easier to decorate now and the new windows are amazing because they
are better to clean compared to the old ones which were draughty and let the dirt in!”

Miss Kennedy added, “We have two children who love the house and they are taking such pride in their bedrooms since the move and they are tidying them a lot more than they did in our previous house.” Mr Warwick is really pleased with the insulation in the house and said, “We can’t believe how warm it is. We can have the heating on lower and the house retains the heat much better than our previous home, also you can’t hear any outside noise due to the quality of the insulation.”

Councillor Ritchie, who has been involved with the New Bolsover New Beginning project from the outset said, “I’m thrilled with the results so far and the completion of phase one is a huge milestone for the project.  It’s always a pleasure to meet the tenants who will benefit from these life changing projects and I’m looking forward to seeing the next phases through to the end.” Gemma Kennedy.