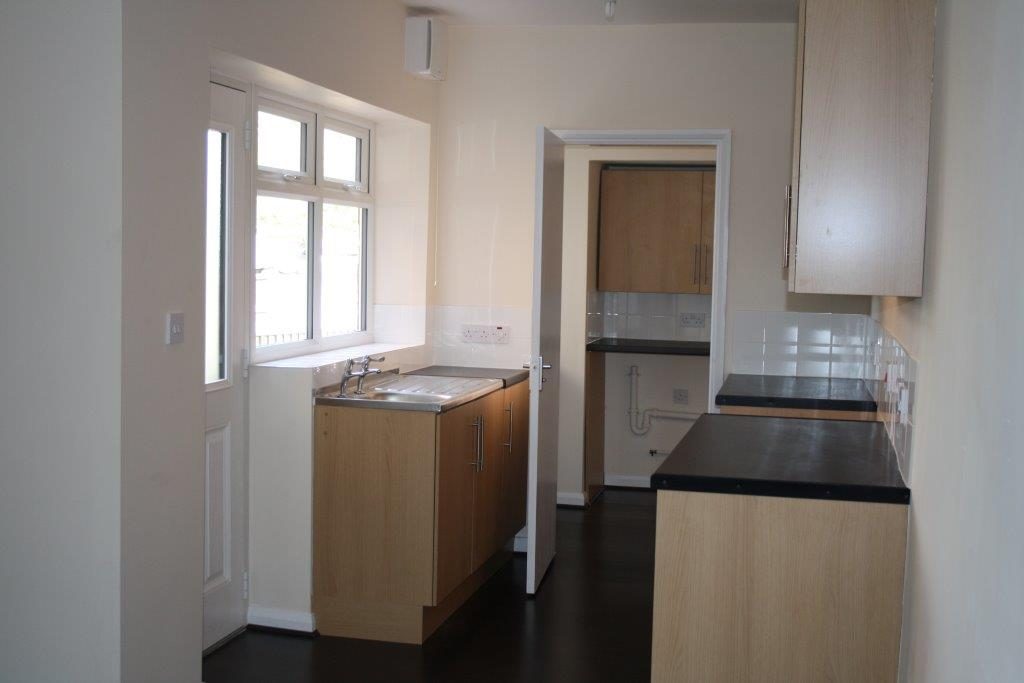 Four joiners from Nottinghamshire construction contractor Robert Woodhead Ltd based in Bilsthorpe, Nottinghamshire, Dave Mason, Mick Coope, James Woodhead and Neil Esward worked alongside military veterans to transform a derelict house into a home at Hillmoor Street in Mansfield. Dave, Mick, James and Neil were on-site working with veterans for 15 days. They provided the veterans with the opportunity to try their hand at joinery, to be trained and to develop their skills for the future as part of the pioneering Houses2Homes initiative.

Houses2Homes helps to re-build the lives of veterans by employing and training them in a range of building and renovation skills. As part of this programme they are helping to restore derelict properties into homes for ex-service families to live in. When Robert Woodhead was approached by Houses2Homes, the company knew straight away that they wanted to help the charity.

Dave Mason, one of the joiners from Robert Woodhead, confirmed, “Working on the site at Hillmoor Street was inspirational. To see how everyone worked together, how we all helped to train the veterans and to see just how enthusiastic the veterans were was great. It certainly is a highlight for me and I hope it was for the veterans too.”

Aimi Townsend from Houses2Homes commented, “Houses2Homes is a project being pioneered in Mansfield and if it is successful, it will be rolled out nationally so it was important this first project went well. There was the added challenge we set ourselves which was to complete the renovation within a few weeks. We had a tenant lined up already who really needed a home so we wanted to complete the renovation as soon as we could.”

Aimi continues, “With such a tight deadline, we needed support from the key trades. Robert Woodhead’s joiners got involved at just the right time to ensure there were no delays. They provided a key skill and our veterans were impressed with the training they were given by the joiners. The tenant, an ex-warrior tank driver, was homeless until the house became available. He has now moved into the home and can start to build a life for himself outside of the military.”

Teresa Westwood, HR and Business Support Manager at Robert Woodhead Ltd confirmed, “If we can be of support to Houses2Homes as they move forward with the project at Mansfield, we will be there. It is perhaps not widely known but when leaving the military many service personnel do not have the skills needed to enable them to get jobs and many don’t even have a home. Houses2Homes enables them to be retrained and also provides housing for those that need it. The idea of transforming houses to homes whilst providing training for our ex-service men and women is a great one. We certainly hope the Houses2Homes initiative succeeds and we will do what we can to help with this.” Houses2Homes (H2H) is a pioneering initiative that helps to re-build the lives of veterans by employing and training them in a range of building and renovation skills helping to transform derelict properties into homes for ex-service families to live in. TREES Services, a social enterprise based in the East Midlands together with Mansfield District Council are working in association to deliver H2H Mansfield.